Andre Heiniger was the second CEO & leader of Rolex after the death of Rolex Founder Hans Wilsdorf in 1960. Mr. Heiniger accomplished numerous great achievements during his 34 years of running Rolex.

One of Mr. Heiniger great contributions with Rolex in the world of Horology was the partnership of Rolex & Comex. 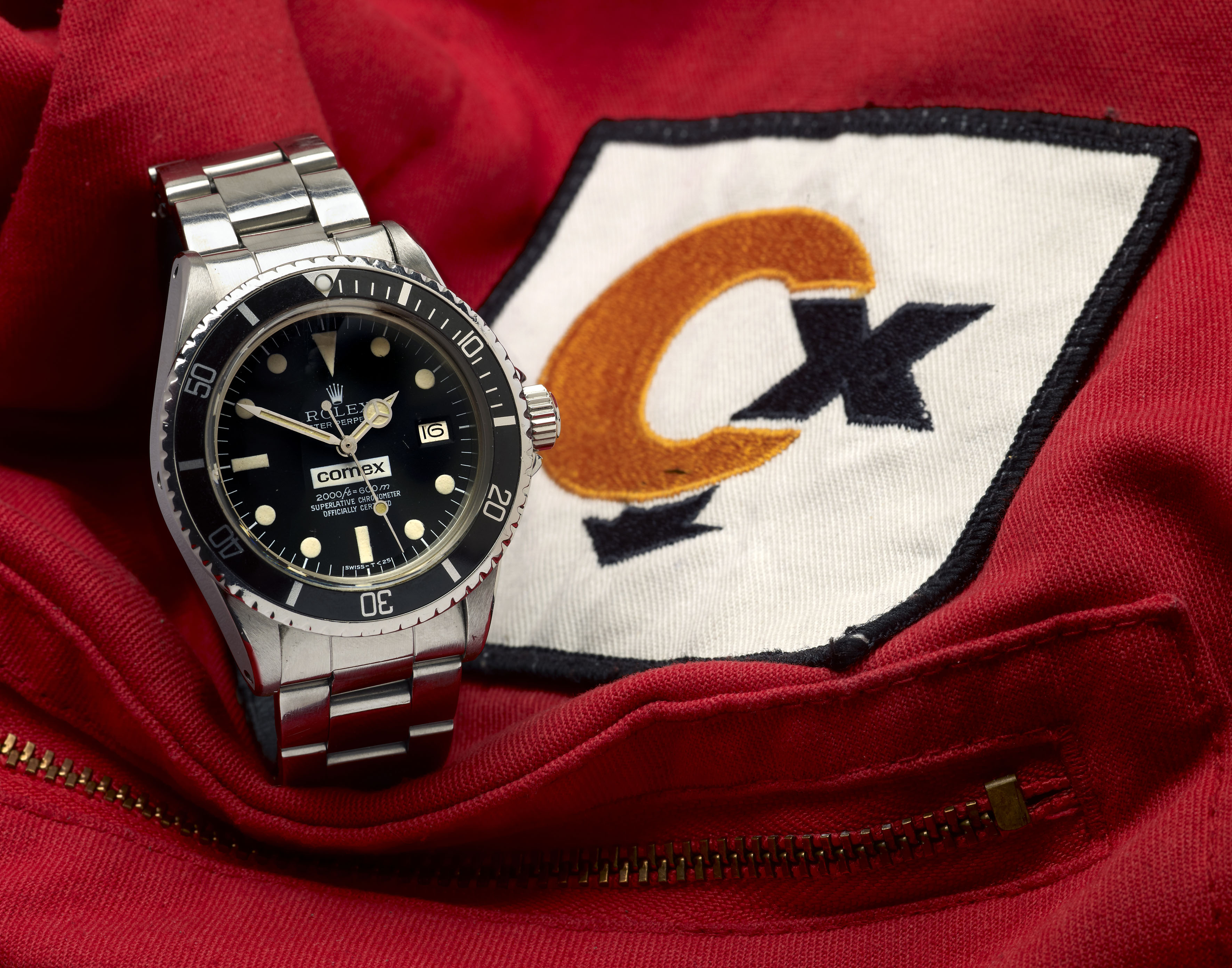 At the beginning of the 1970’s Andre Heiniger became interested in the work & achievements of Henri-Germain Delauze especially the deep sea exploration done by  Comex.

A very smart partnership initiated by Rolex with Comex, to supply all Comex’s divers with Rolex Submariners & Sea-Dwellers free of cost, in return Comex will report back to Rolex the performance of the watches in their operations.

“it’s the most important tool to accompany a diver”Henri-Germain Delauze.

This was a brilliant marketing strategy (in my opinion) & a real passion & commitment from Rolex to be the best in its field, as Rolex Founder Hans Wilsdorf said “We want to be the first in the field & Rolex should be seen as the one & only… The Best”.

All Rolex Submariners & Sea-Dwellers given to Comex were labeled with the company’s logo on the dial.

What makes those watches unique, rare & highly collectible today is that those watches were never sold to the public, But Rolex used to showcase their relationship with Comex in their ads.

Seeing an Ad like this will automatically drive trust & reliability on the performance of these robust watches.

Rolex supplied Comex with Submariners & Sea-Dwellers with nine references. From what I have read, some divers when they sent their watches to Rolex for service, the watch was updated to a newer reference. 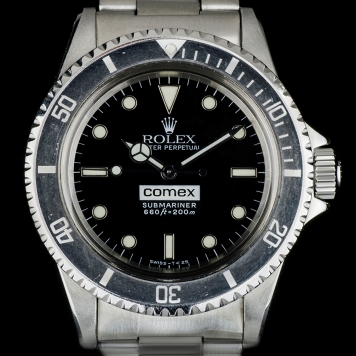 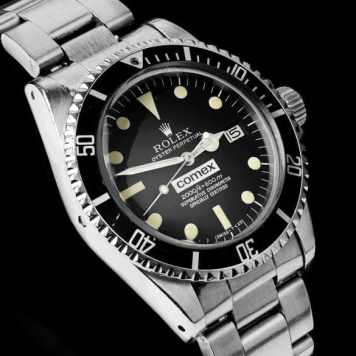 An essential feature needed for dive watches is something called HEV “Helium Escape Valve”. In deep sea levels, there’s a mixture of gases that contain a high amount of Helium which even can penetrate Rolex’s invention, the Oyster case which basically is a case that is machined/carved out of a solid block of steel which makes it completely sealed & smooth.

Helium penetrates a watch in the deep sea to equal the pressure inside the watch to the diving environment.

In the process of the divers elevation to the surface, the pressure decreases along the way up but the Helium remains trapped inside the watch which can cause huge damage to a watch or even explode!

To prevent this from happening, Rolex fitted a Helium Escape Valve in the watch to allow the gas to escape quickly during the decompression process.

This cool video shows how this happens.

The Helium as shown in the video when reached a certain level pushes the valve to escape.

To get back to our title Why Rolex Submariner Comex ref. 1680 is so rare & sepcial?

ref. 1680 was not fitted with the Helium escape valve, so those watches were given to staff in the office & some were used in non-saturated diving. Which make them extra rare & special as most of these watches never went into the water

John Mayer owns one of those as shown in the HODINKEE’s episode of talking watches.

An average price of a Comex Rolex will start at 50,000$ & of course more for special reference like the 1680 for example.

If you’re interested in owning one of these watches, prepare yourself for a tough hunt!

Here’s the episode of talking watches with John Mayer if you’re interested to watch it.