Sometimes if we don’t know the meaning of something, we simply don’t appreciate it. Knowing the backstory of a car, a piece of Art, an old building, a vintage watch will always help us understand it, appreciate it & actually see it’s value.

I remember when I was young, the Rolex GMT Master was my least favorite watch in Rolex collection. I just didn’t like the blue & red colored bezel & that’s the only thing I was looking at. I simply didn’t understand it so its value wasn’t there.

In this article, I will try to simplify & explain what a GMT watch is & hopefully by the end of this article you will appreciate this beautiful ingenious tool.

So firstly, what is GMT?

Greenwich Mean Time is simply the time observed at the Royal Observatory in Greenwich, England by observing the sun. Founded in 1675 by an order from King Charles II. 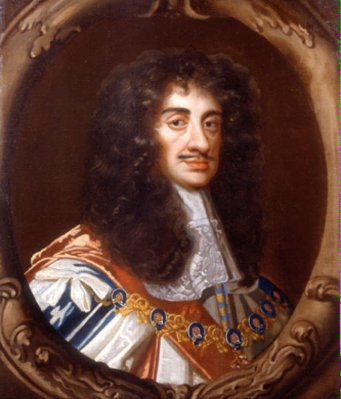 But other parts of the world had a severe issue. As the world’s transportation steadily evolved in the 1800’s, The need for a main reference was needed to unify time.

Every town had its own independent timekeeping & they calculated it by setting noontime (12:00pm) when the sun was at it’s the highest point in the sky, which will be different in every place due to the geographical difference. In the United States, for example, they had over 100 local times with 3 hours variations.

The result simply was that time was different in every place & this created a huge confusion for travelers & railway operators, as every stop was on the basis of different town times.

To resolve this issue, in 1884 the 21st president of the United States Chester Alan Arthur requested a conference to be held to determine a main international reference time, a zero degree to unify navigation & timekeeping.

By October 1884 the International Meridian Conference was held in Washington, D.C in the United States & attended by 41 delegates from 26 countries & Greenwich Meridian was selected to be the international standard zero degrees & reference time which is observed by the Royal Observatory at Greenwich, England.

The selection was due to the success of the British railway to unify railways schedule in 1840 & the global commerce depended on sea-charts which used Greenwich as the Prime Meridian.

So to conclude this short GMT explanation, this Picture should help you understand how GMT & timezones work.

As you see in the Picture, Greenwich is located on the center zero line, moving East or West will help us determine the time difference.

If you simply move to the East from the GMT line, you add time & if you move to the west you will subtract.

For example, traveling from the UK to Germany you will add one hour if its 1pm in the UK then it’s 2pm in Germany. If you move more towards the East to Cairo as an example then you will add two hours, in that case, it will be 3pm.

Moving to the West towards New York, you will go back five hours. If its 1pm in the UK (Greenwich) then it’s 8am in New York.

Hours will differ but minutes are the same around the world.

Think about it. By unifying time internationally, everything is synchronized.

Now that we understand what GMT is, let’s discover what is a GMT watch, how it started, how it works & discover some of the best ones!

In the 1940’s & 1950’s commercial flying was getting more popular & pilots were flying more longer distances across time zones.

Pan American Airlines needed a watch for their pilots to keep track of several time zones at once & Rolex came into the picture.

So how does it work?

To read different time zones, the red hand will point to the GMT time that can be read on the 24-hour rotating bezel, the upper bezel is AM with blue color & PM at the lower Bezel with red.

The usual hour & minute hand will point to your local time, so now you have two time zones simultaneously.

To read the third time zone simply rotate the bezel to the left if the time you are looking for is a GMT+ & rotate to the right if it’s GMT-, so the red hand will indicate the hour on the bezel & the minute hand will show the minute. So now you have three time zones in one watch.

in the above watch, for example, the time locally is 10:08 & GMT time is 1:08AM & moving the bezel will provide you with the third time zone. if GMT is +3 so you will rotate the bezel three times to the left & time will be read on the bezel with the red hand to be 4:08am.

I like this video because of the several examples this guy provides.

In the 1980’s Rolex introduced the GMT Master II which has the feature of setting the jumping hour hand independently which wasn’t the case in the older GMT Master, as the hour & fourth hand were moving together during time setting.

The success of the Rolex GMT Master led to several partnerships with the Airline industry, NASA & the United States Airforce.

Not only that, the GMT Master gained a huge popularity among people who travel often & businessmen.

The Rolex GMT Master is hugely successful watch & it’s highly appreciated in the watch collection community & it has very cool Nicknames & here they are!

One of the rarest GMT watches is a white dial colored Rolex GMT Master, provided not to pilots but to executives in PAN AM company nicknamed “Vanilla Pepsi“:

There are several watch brands that are producing GMT watches, but my favorite two watches are Rolex GMT Master II & Tudor Black Bay GMT which has this originality & reminds me of the first 6542 Rolex GMT Master. Both watches were introduced at Baselworld 2018.

If you are looking for an iconic watch & a useful tool with an interesting backstory to it, then look no further than a GMT watch.

If you don’t believe me, watch this video!

One thought on “What is a GMT Watch & How does it work?”