As a watch lover, I always talk about that every watch brand has its unique watch that always sticks out when we mention the brand name. Which in that case, the Fifty Fathoms comes to my mind when we say Blancpain which was first introduced in 1953.

Blancpain is the oldest watchmaking brand in the world, so let’s dig deeper & get a quick glimpse of this amazing brand story.

The Blancpain Brand started in 1735 by Jehan-Jacques Blancpain in the upper floor of his house at Villeret, known now as Bernes Jura.

Blancpain enjoyed a great success in the early years & the expertise of Jehan-Jacques Blancpain was passed to his family.

Frédéric greatest achievement & innovation in the watchmaking world was by replacing the crown-wheel mechanism with a cylinder escapement which modernized production methods and transformed the traditional craft workshop into an industrial capable of serial production.

By the middle of the 19th century, The house of Blancpain became one of the most important companies in Villeret.

One of the first challenges that faced Blancpain & a great lesson to learn from this amazing brand & it’s passion to succeed, was in the second half of the 19th century when industrialization started to dominate, which resulted in the falling of watchmaking product prices & many workshops had to close.

Blancpain didn’t give up & used their creativity to face up with the American competition. Blancpain built a two-story factory by the River Suze and made use of water power to supply the electricity needed for its production processes.

By modernizing its methods and concentrating on top-of-range products, Blancpain survived this great challenge & taught us a great lesson in creativity & perseverance.

In 1926 the first Blancpain partnership was with the British watchmaker John Harwood, The inventor of the first automatic men wrist watches. Before that, all mechanical watches were pocket watches. 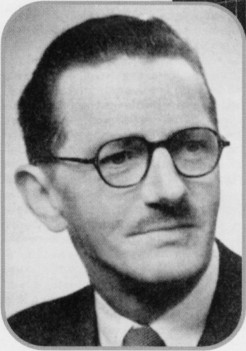 In 1930 Blancpain adapted to the small-sized watches & produced the rectangular ‘’Rolls’’ by Léon Hatot which was the first ladies Automatic wristwatch.

After Frédéric-Louis Blancpain passed away Betty Fiechter and André Léal the two closest members of his staff, bought the business from Frederic’s only daughter in 1932 after 197 years of Blancpain family taking care of the brand.

Since no one from the Blancpain family was in charge of the business, legally Betty Fiechter had to change the name of the brand, so it was called “Rayville S.A., succ. de Blancpain”.

The new management kept the identity & characteristics of the brand.

Betty Fiechter was the leader of Blancpain & faced several challenges like the great depression & the disappearance of her business partner André Léal the eve of the world war II. But Betty persevered & showed strong characteristics of leadership.

One of the greatest achievements under Betty’s leadership after the joining of her nephew Jean-Jacques Fiechter, was the introduction of the iconic Dive watch the Fifty Fathoms in 1953 after the request from the “Combat Swimmers” of the French Navy, who needed a reliable watch for underwater operations.

The great Fifty Fathoms was also worn by the legend of diving Jacques-Yves Cousteau. 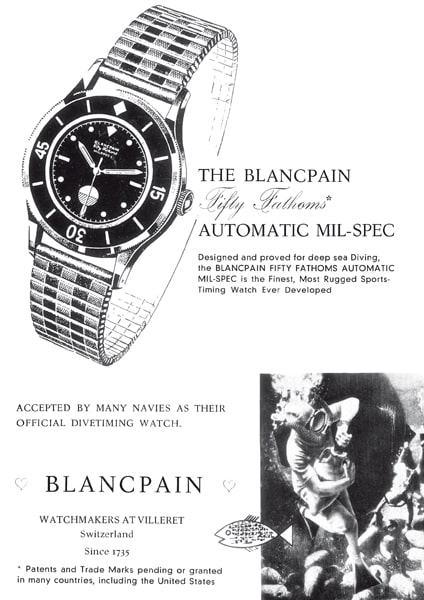 By 1971 Blancpain production more than doubled!

Then the Great crisis of the watch industry happened “QUARTZ” & the SSIH Had to reduce output & nearly didn’t produce any Blancpain watches.

Jean-Claude Biver, one of the most influential people in the watch industry & a Hero in my opinion for any watch lover. Had a great vision at the time of the Quartz crisis & was able to save Blancpain.

In 1981 Mr Biver, working at Omega at that time responsible for the gold collection, told his friend Jacques Piguet that Omega owns the oldest watch brand in the world Blancpain & since that Omega was struggling in the time of the Quartz crisis, Mr. Biver advised Jacques Piguet to try to buy the name Blancpain & they succeeded at the end of 1981 & bought the brand for 22,000 Swiss francs.

The first achievement of Jean-Claude Biver at Blancpain, after seeing the market in 1982 is all heading to Quartz, he went the other way & developed the Blancpain Moonphase mechanical movement & it was a great success as it had this classic nostalgic look in the mid of the Quartz revolution.

“Since 1735 there has never been a Quartz Blancpain Watch. And there never will be”

That was the slogan of Blancpain advertisement at that time.

Blancpain at that time was dedicated & focused on the traditional watches. By the end of 1988, Blancpain collection had the six masterpieces of Horology.  The Ultra Slim, The MoonPhase Calendar, The Perpetual Calendar, The Tourbillon, The Split & the minute repeater. 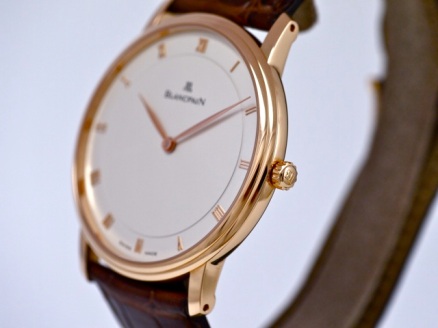 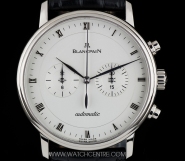 Making Blancpain the first Brand in 1989 to have all the six masterpieces all in the same round case & all in 33mm case.

In 1992  Nicolas Hayek co-founder & CEO of the Swatch Group, saw that mechanical watches will come back strongly & bought Blancpain for 60 Million Swiss francs after it was sold in the middle of the Quartz crisis for 22,000 Swiss Francs.

After this acquisition Blancpain was on the right track & remains one of the greatest watch brands in the world.

Blancpain is under the Swatch Group till today & Mr. Marc A. Hayek is currently the CEO of Blancpain.

One thought on “The Oldest Watch Brand in The World!”